Back in January my cousin, Misty, requested that I craft something for her son.  Only he hates hats, and I was in a hat craze.  So I kept Misty in the back of my mind, and now here we are in May, and I just now got to it.  Misty asked me to make something she and her son could play with, which I was thrilled to do, but again, I was left wishing I had my sewing machine, or a good craft store that sells felt, and other goodies.

This past week I started crocheting through my over-flowing basket-o-yarn, in preparation to leave Turkey with as little luggage as possible.  The yarn isn't going to make the cut.  So I started making produce bags again (cus those things are a hit).  But that got boring fast.  It was time for something new.  Out of my boredom a jungle of finger puppets was born.

I laugh every time I look at them. 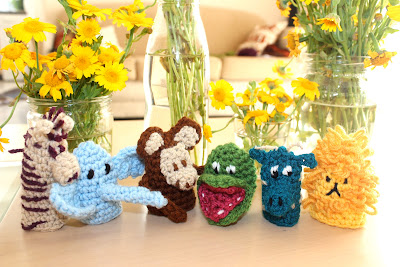 And, I'm proud to say that I used zero internet inspiration for these bad boys, because the internet in our apartment has been down all week.  (Probably why I've been so productive). 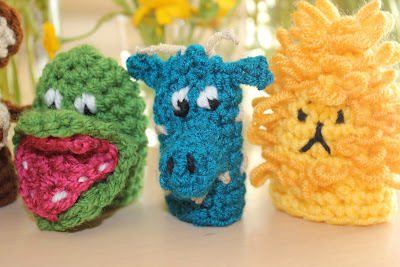 They were pretty easy and fun to make, each one taking around an hour. 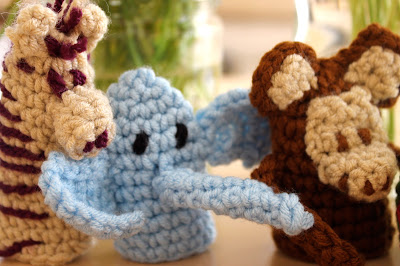 I love them so much that I play with them while I'm on the couch.  I line them up on the table, and hide them in the flowers. They've become my new friends. And now they will be yours too.

Meet Leroy. This Zebra loves long walks on the plains, and long talks with good friends. He is usually pretty mellow and laid back, but talk smack on his favourite lacrosse team and you see a whole different side of him. 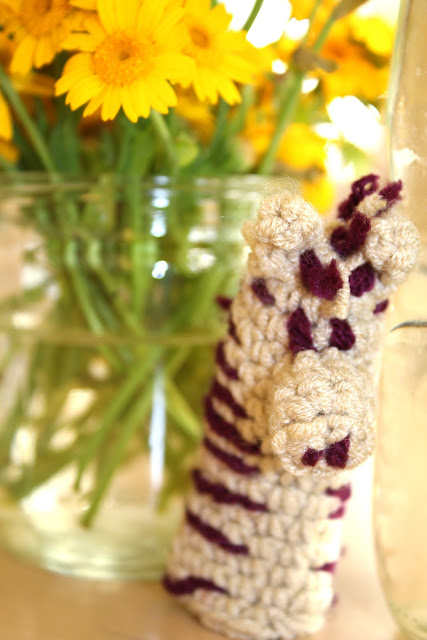 This is Mathilda.  She is one shy and quiet elephant, although she will argue that most elephants are on the shy side.  She loves to read, her favourite authors being Hemingway and Shakespeare. Get a few glasses of bubbly in her and she may even perform a sonnet or two. 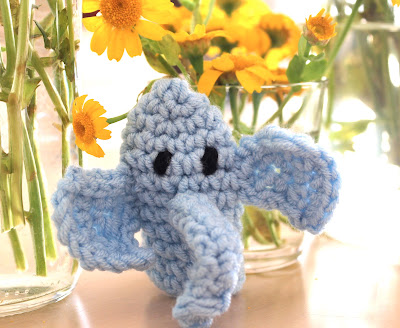 Oh Howard... Howey is not your usual crocodile.  He gave up his meat-eating-ways when he made friends with all of his food options. His diet now consists of organically grown leafy greens, and pond scum, but his friends don't running screaming from him anymore, so it's a good trade. 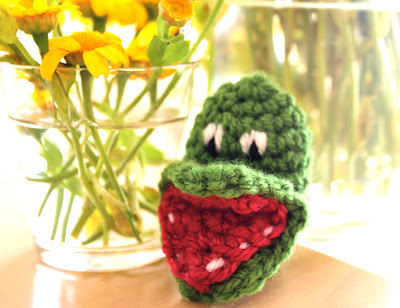 The monkey is Maurice. He isn't as shy as this picture might suggest.  He's messing with you.  As one of 14 monkey siblings, he's learned to wrestle, tickle and throw poop with the best of them.  He's famous in this group of friends for being able to lighten any mood. 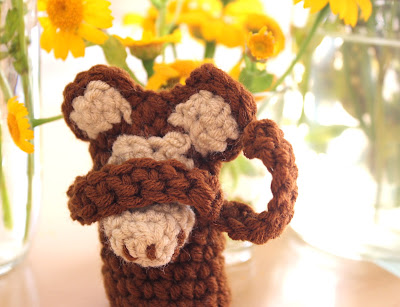 Lester is a little grumpy right now, but that isn't always the case.  His general disposition is bright and cheerful, but get a camera out before he's had a chance to style his mane, and this is the scowl you'll get. 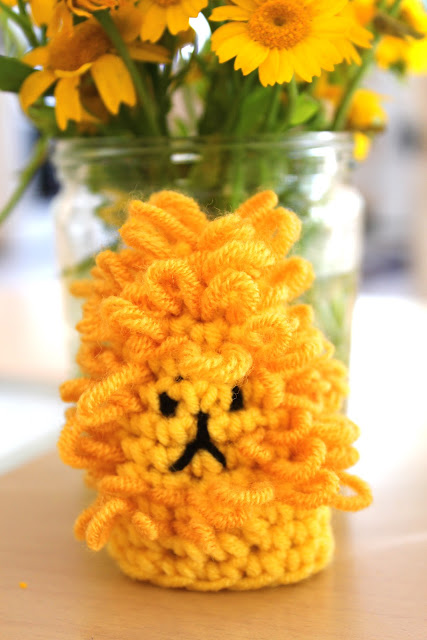 Gertrude is one of a kind (aren't we all?).  Born with a rare fur disorder, Gertrude is the only giraffe she has ever met who is turquoise. Be she doesn't see it as a curse, blue is her favourite colour! 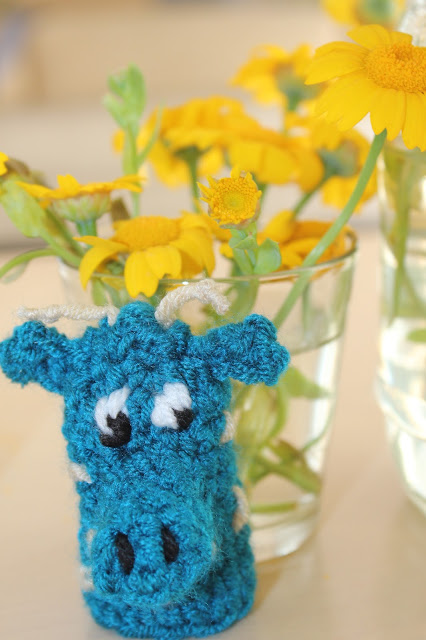 Time to say good-bye to my little friends.  They're off to Washington to play with Lucian.  I hope he has as much fun with them as I did. Happy Mother's Day Misty! 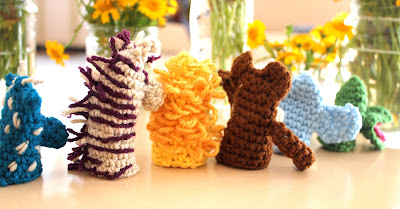 All of the animals bodies were made the same way:
Magic loop, 5 single stitches into the center, pull tight.
Round 2: 2 single stitches into each stitch
Round 3 to finish: single stitch all around.
Eyes, spots and stripes were added after with a yarn needle.
Muzzles are mini versions of the bodies: Magic loop, five single stitches, single stitch around for a few rows.
Ears were all made differently, by trial and error kind of.
Leroy's mane is made by tying all of those strings on and double knotting.  Giving him a hair cut was fun.
Lester's mane was made with a loop stitch, and was quite a pain in the butt.  I added the hair as I was making the body (the only way I could crochet from the inside of something so small). I don't recommend trying this if you get frustrated easily.

I'm way too lazy to make patterns for all of these little guys right now, but if anyone out there is dying for a tutorial, I'll make it happen.  Let me know.
Posted by Erin at 11:13 AM